On the 22nd of May 2018 there will be a new auction by the auction house "Sovcom", which will present a collection of Russian Art paintings and sculptures of the 20th century. Continuing our long tradition, the catalogue has some classics of socialist realism, an interesting collection of posters from the middle of the last century, works of nonconformists and artists of the new wave, graphics and sculptures.

There are only three sculptures in the auction, all of them are moderate size and all highly iconic. These are the models of full size monuments, some of which are realized in bigger form such as the monument of O. Bender, by the famous sculptor Albert Charkin, which is installed on the Italian Street in St. Petersburg. 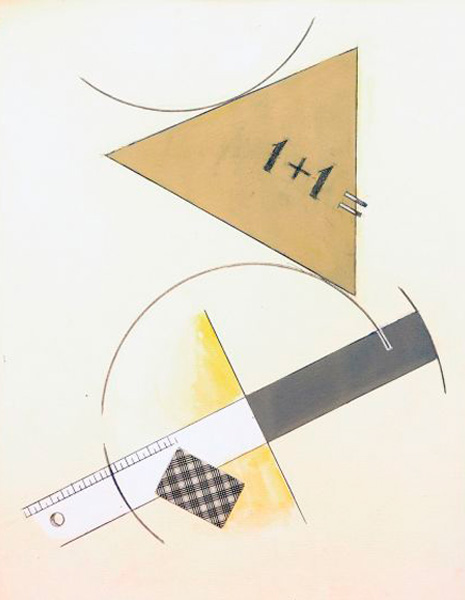 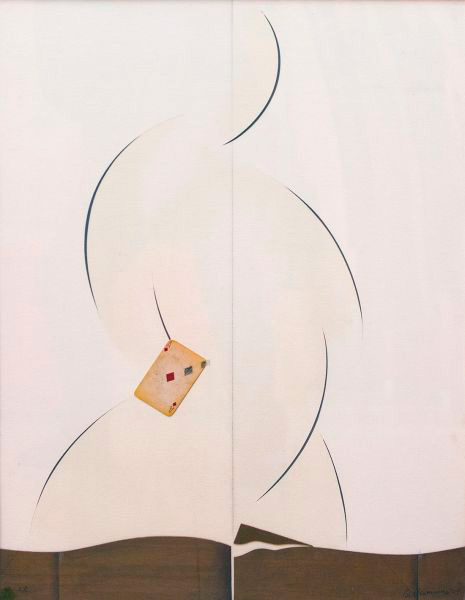 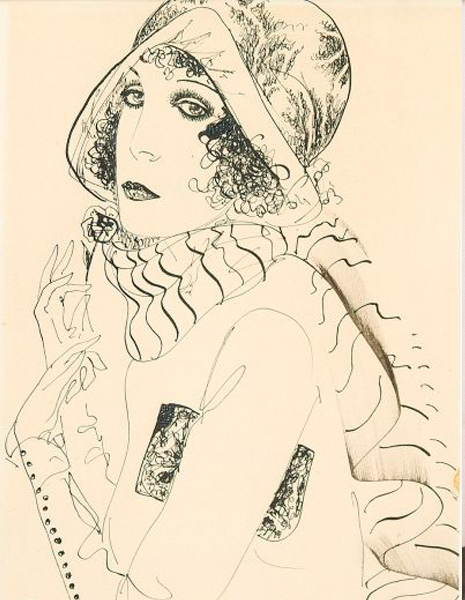 The May auction will also include several works of the famous nonconformist Vladimir Nemukhin: like the late  «Composition with a triangle. 1+1.» (2010)  and  «Composition with a card» (2014) , wonderful portraits of “Vivien Li” created by Rustam Khamdamov and of a stranger by Anatoly Zverev. All of these are listed under very attractive estimate prices. 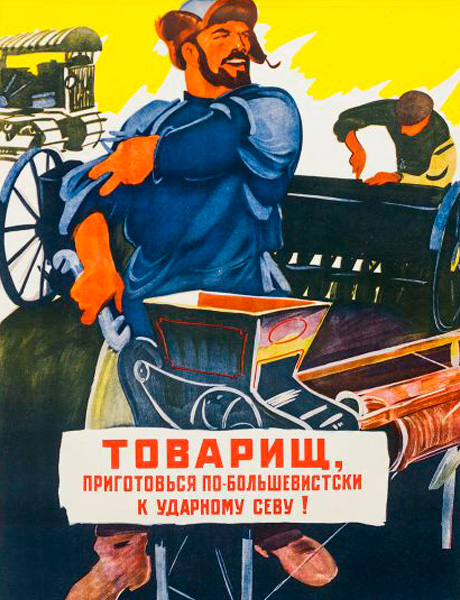 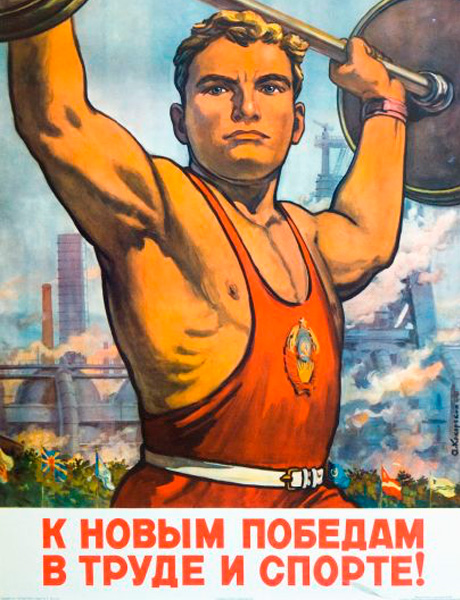 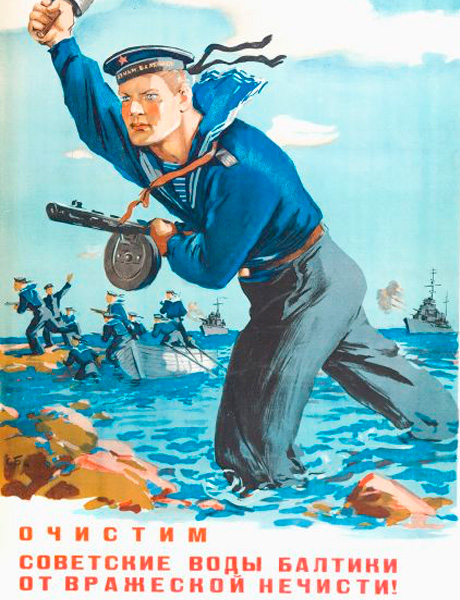 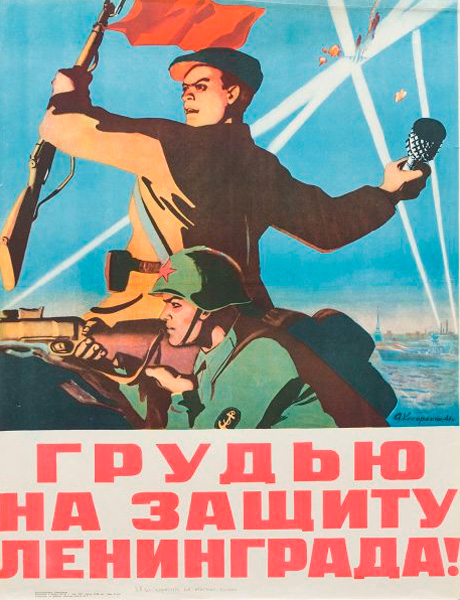 A special mention goes to an impressive selection of Soviet posters of the middle of the last century, created according to the sketches of famous artists – Vasily Svarog,Solomon Boim, Alexei Kokorekin and many others. Each of these posters has both artistic and historical value: the spirit and the mood of time are very accurately shown by them. The Soviet graphics dedicated to sports have become traditional in our auctions and this time they are presented through the works of Mikhail Royter. 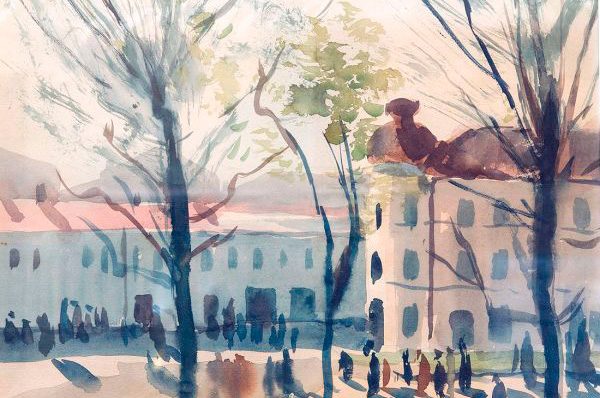 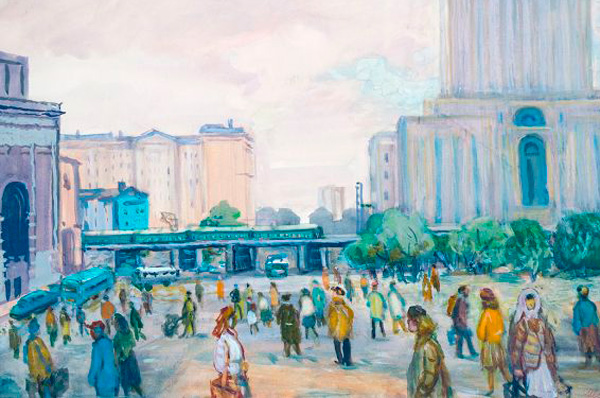 The incredible views of Moscow and St. Petersburg, created in the middle of the 20th century, always cause an increased interest by collectors and art lovers. As usual,«Sovcom» specialists prepared a very curious collection of city landscapes. These are beautiful views of the northern capital by George Khrapak, which were published in the magazines  «Ogonek» and  «Smena»  «The Leningrad Landscape» by one of the Kukryniksy– Mikhail Kupriyanov, «Moscow. Square of three railway stations»  by Bagdasar Mesropyan,  «Next to the Big Stone bridge»  by Ivan Grinyuk, and written in the best traditions of the impressionists  «The high-rise on the Kotelnicheskaya Embankment»  by Igor Pudov. 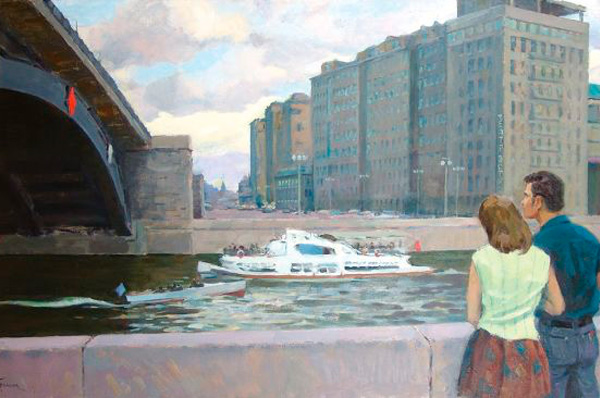 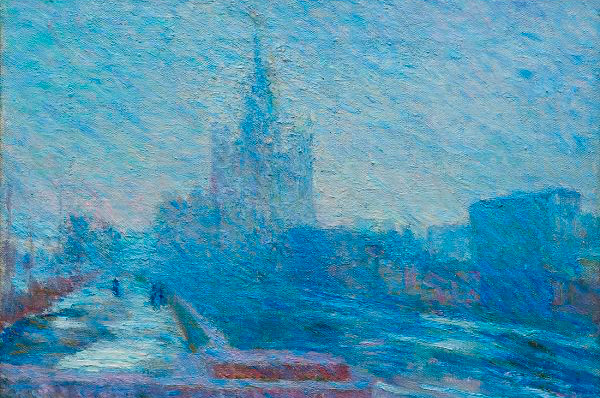 Fans of the romantic landscape will not be disappointed either: the chamber and lyrical works of Mikhail Kugach, Jacob Romas, Nikolai Romadin and Vasily Nechitaylo will also be presented in the auction, as well as the  «Garibaldi's House in Rome» -  a small drawing of one of the most titled Soviet artists Dmitry Nalbandyan.

The Pre-auction exhibition is open from the 10th of May 2018.