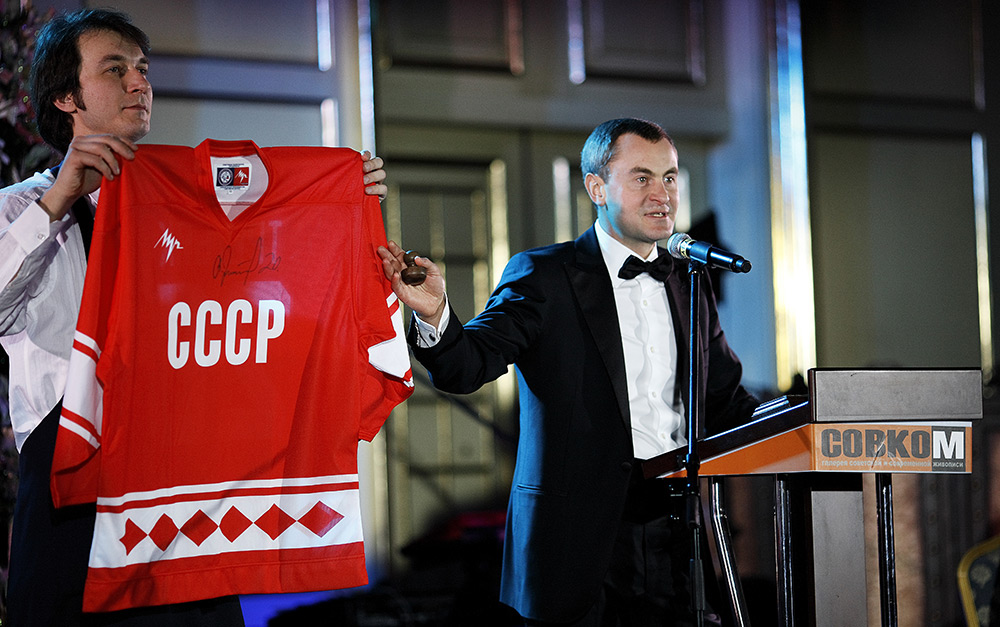 SOVCOM Auction House supports charity consistently; it arranges and carries out various charity programmes. Suzdal Children’s Home No.5, the First Moscow Hospice, the orphanage at the Raifa Bogoroditsky Monastery, such charitable foundations as Severnaya Korona, Podari Zhizn and AVIVA (Zelenodolsk) have already received donations from SOVCOM. Besides, we hold private charity events aimed at raising funds for treatment and medicines for those in need.

SOVCOM Auction House plans to devote considerable effort to this sphere further on. Our purpose is not only fundraising but also attracting attention to the role of charity and necessity to give warmth and help to those who really need them. We are eager to share our experience of holding charity events and assist in implementation of different charity projects. 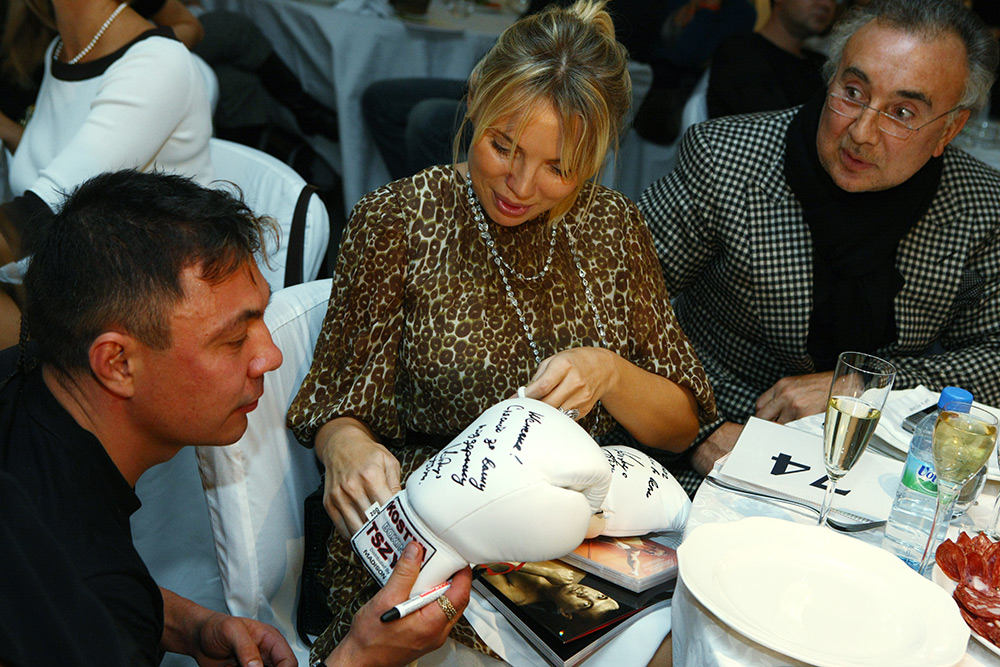 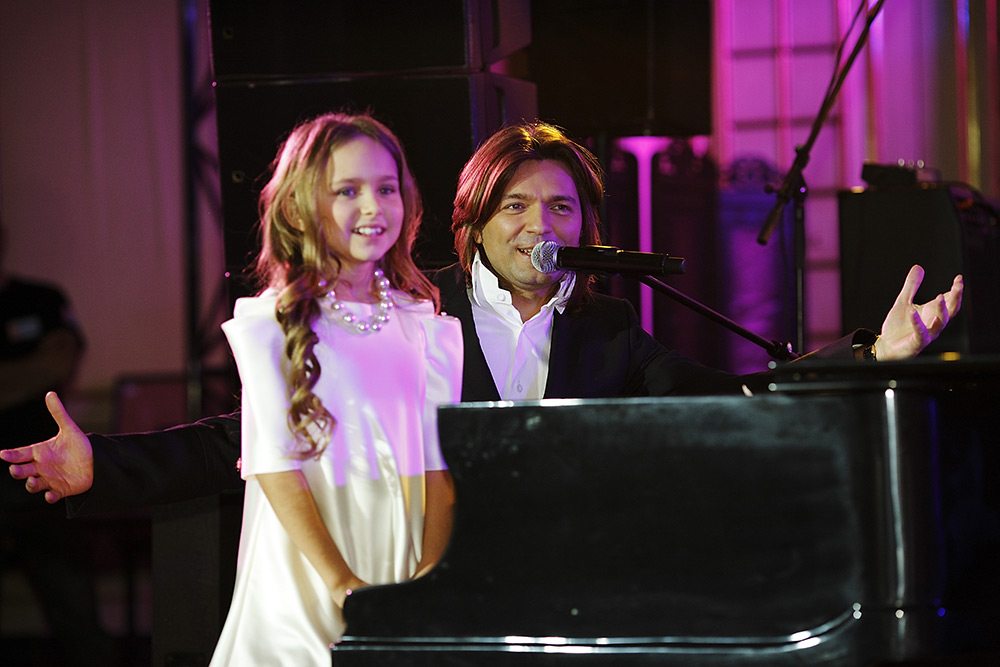 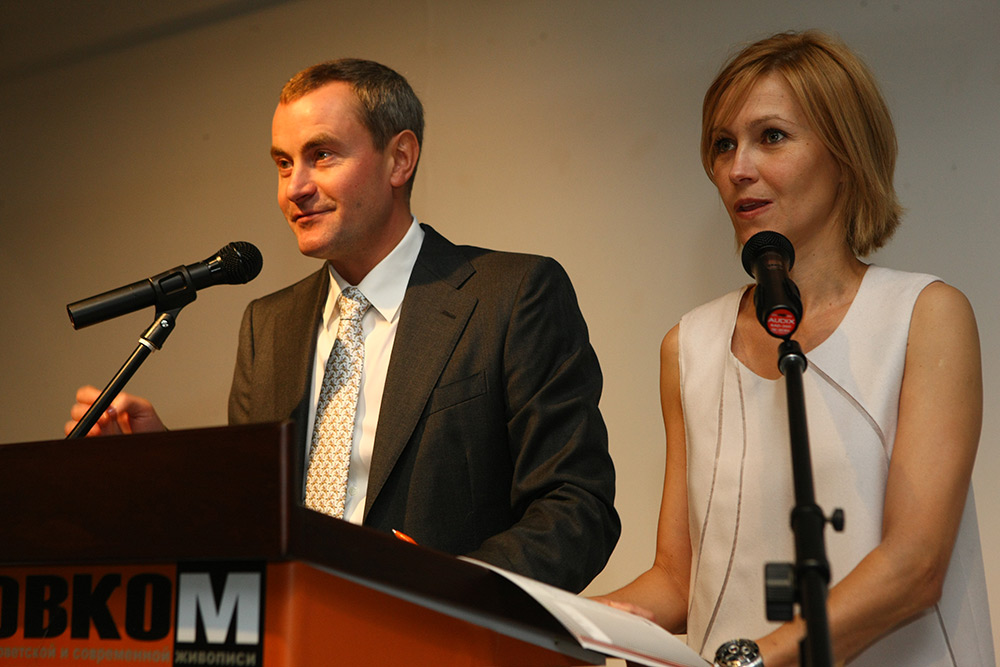 Auction house Sovcom will hold an auction #143 on 22 October 2015 "Russian art of 20th centuries". There will be arranged a charity auction "Legend's return" within the auction.

The tenth jubilee of Vogue Russia saw a great celebration, the main event of which was the charitable art-public sale under support of The SOVCOM Auction House. The exposition consisted of thirty one Russian nested dolls dressed in clothes from world’s best designers, including Sonia Rykiel, Maison Martin Margiela, Nina Donis, Celine, RobertoCavalli, Paul Smith, Giles and Oscar de la Renta. All lots were sold for an overall amount of 706,000.00 ?. All sale proceeds were transferred to the Fund “Northern Crown”, which activity is aimed at medical, psychological and educational assistance to children left without parental custody and creation of favorable conditions for their growth and adequate development.

On the 9th of September, 2010, all the connoisseurs of Alexander McQueen's design creation visited a private charity dinner arranged by Chivas Regal and Vogue in the memory of the great designer of today. Yesterday's primary event was a charity auction organized with the support of the Auction House SOVKOM, at which the lots interested to each connoisseur of haute couture and design — uniques designed by Alexander McQueen.

On Saturday, 18 September, at 13:30 the Perm State Art Gallery will host a charity auction «Art-Stroyka». The auction will be led by the famous theatre and film actress Ingeborga Dapkunaite and the art director of theatre «Praktika» Eduard Boyakov. All means, obtained from sale of works, will be directed towards the start of programs of aesthetic education and art-formation at children's homes. The charity project «Art-Stroyka» was created in 2008 in Moscow. Author of this project – director and producer Eduard Boyakov. «Art-Stroyka» has brought together biggest Russian artists that have responded to the offer of helping pupils at children’s homes. During the two years of the project’s existence in charity auctions that were hosted by Auction house «Sovcom», a number of artists have taken a part in it, such as Gor Chahal, Pavel Peppershtein, Frantsisko Infante, Evgenii Ass, Dmitrii Gutov, Nikola Ovchinnikov, Valerii Koshlyakov, Dmitrii Vrubel, Victoria Timofeeva, Oleg Kulik, Zurab Tsereteli and many others.

On December 21, 2008 at The Ritz-Carlton hotel was conducted charitable public sale within the framework of The Children Christmas ball, with original lots from Maya Plisetskaya, Vladislav Tretyak, Aydan Salakhova and set of works provided by The SOVCOM Auction House. All lots were sold for an overall amount of 83,000.00 ?. Labrador puppy of the best Moscow nursery, provided by Neverland Company, was sold for 45 thousand euro and turned out to be the most expensive lot-surprise. All sale proceeds were transferred to the Chulpan Khamatova’s and Dina Korzun’s “Give Life” fund account and were used for treatment and rehabilitation of children with oncological, hematological and other serious diseases. Charitable public sale was organized under support of Neverland Company, Maris Liepa Charity Fund and The SOVCOM Auction House.

On September 25, 2008 in State centre of the modern art with the participation of The SOVCOM Auction House was conducted a charitable public sale of works of modern artists in support of the First Moscow Hospice, rendering assistance to oncologic patients and their families. The main goal of the public sale was fundraising the hospices relief fund “Vera”. It is not only artists who made a donation of their works and tried to relieve the patients sufferings, but also a famous boxer, winner of the Championship of the world 1991 in Australia, Konstantin Tszu, who did his part for the First Moscow Hospice and donated his boxing-gloves which became the first sale lot.

In the Hall of Celebrations Forum Hall within the Star Ball a charitable auction will take place, where guests will be offered such lots, as paintings, antiques and original lots from big companies and stars of Russian and foreign show-business.

The most famous Moscow artists donated their works for charitable public sale. Works of Vladimir Dubosarsky and Aleksandr Vinogradov, Dmitry Gutov, Oleg Kulik, Aleksandr Petlura, Konstantin Batynkov, Gor Chakhal, Elena Elagina and Igor Makarevich, Viktoria Timofeeva and Dmitry Vrubel and many other headliners of the modern Russian art were sold. Sale proceeds made 260,988 ?. All sale proceeds were transferred for the construction of the new building of Suzdal Orphan Home №5.

On March 9, 2008 a charitable public sale was conducted within the framework of “Spring dressing-out carnival”. A part of sale proceeds of the public sale was transferred to an account of Orphan Asylum at The Raifa Bogorodsky Monastery and to the fund, rendering targeted assistance to families with disabled children.

Besides the funds transferred, in order to carry out the charitable support programs, the SOVCOM Auction House donated to the Fund works of the honored Soviet and Russian artists and academicians. It was done in token of the cooperation and commemoration of the new year, 2009.

On February 22, 2007 at The SOVCOM Gallery within the framework of charitable public sale –direct sales - was conducted a charitable action, organized with the support of the famous singer Lada Dance. Among the represented lots was a set of ceramic jugs that the singer made herself. This unusual lot with Lada Dance’s signature was successfully sold. All sale proceeds were transferred to the charity fund, opened to render assistance to a little boy Kirill Panov, foster child of “Home of Hope”. Kirill has leukemia and needs an expensive treatment.

Read more
Charitable action of 2006, carried out by The SOVCOM Gallery in support of man-of-war's men